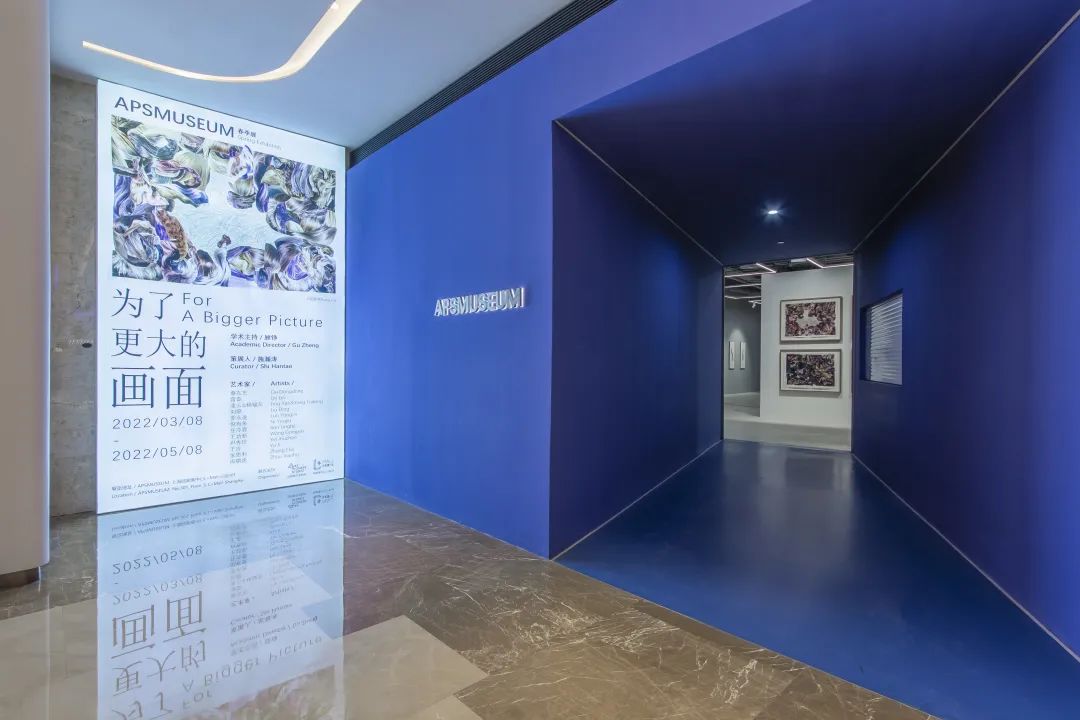 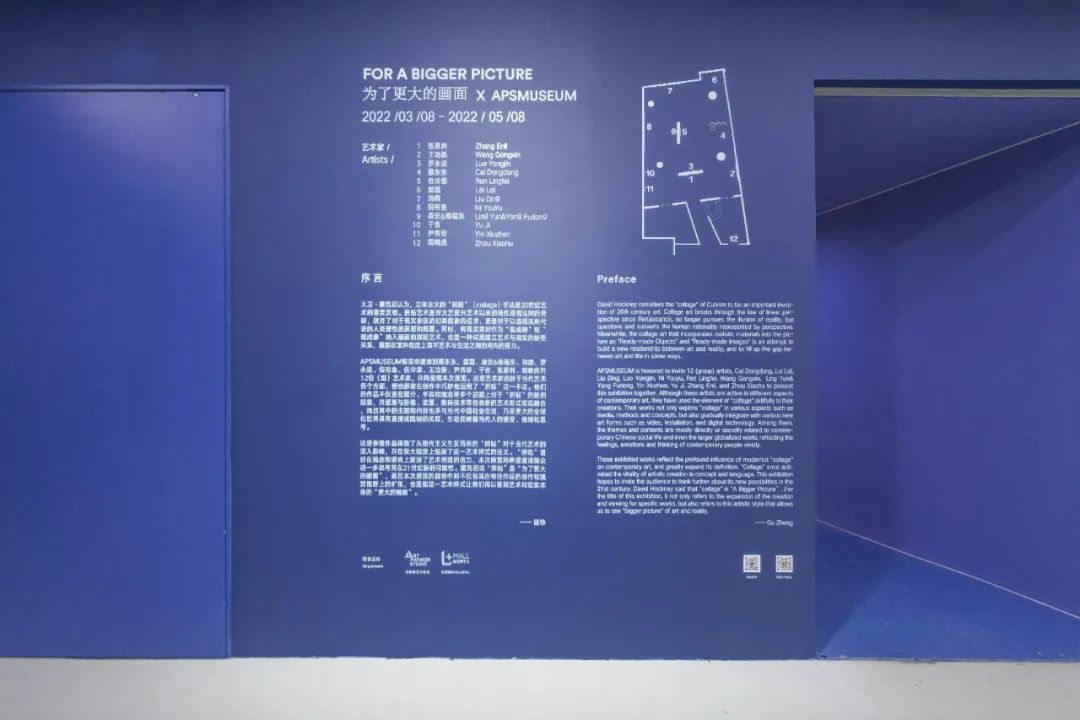 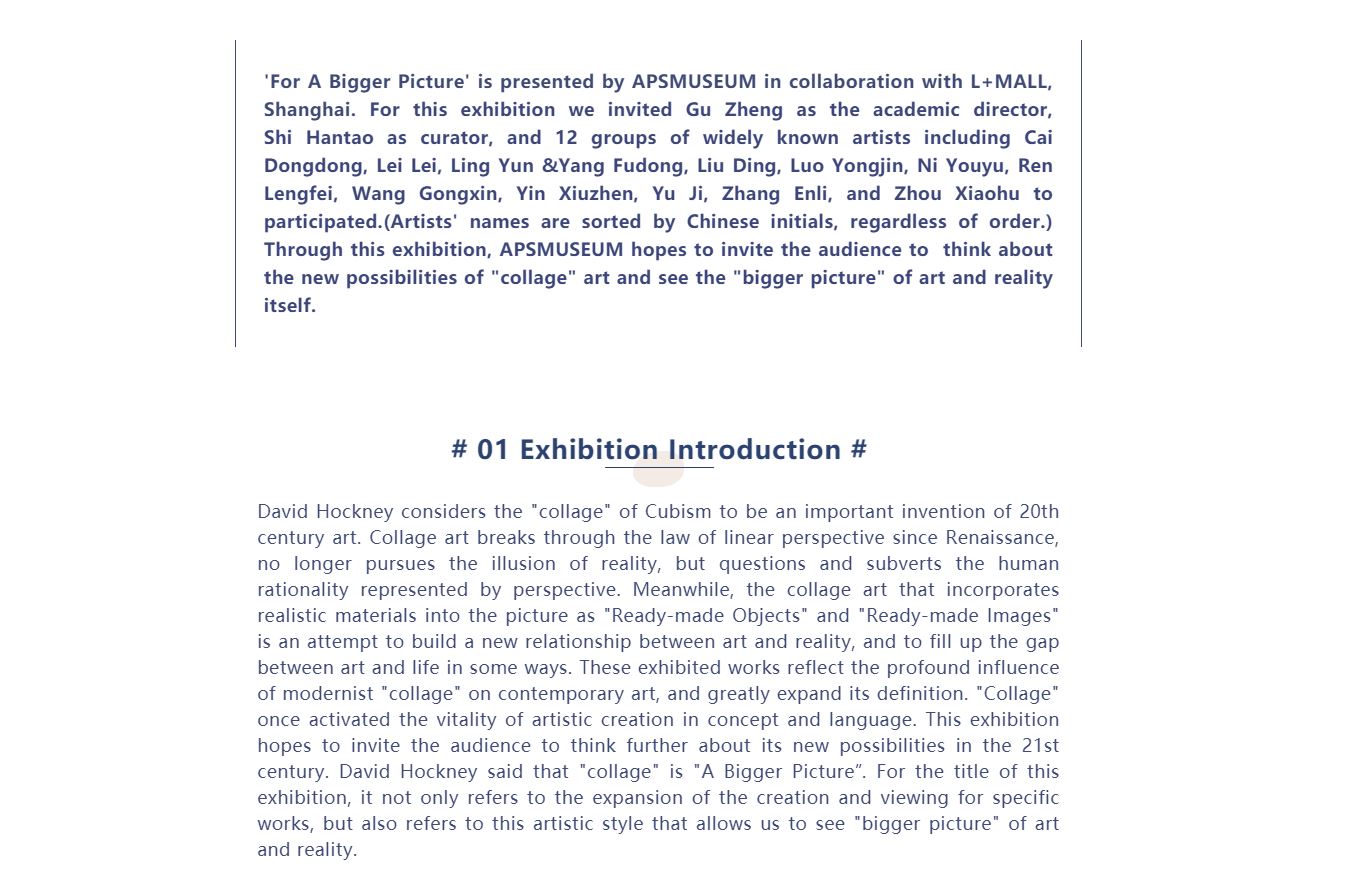 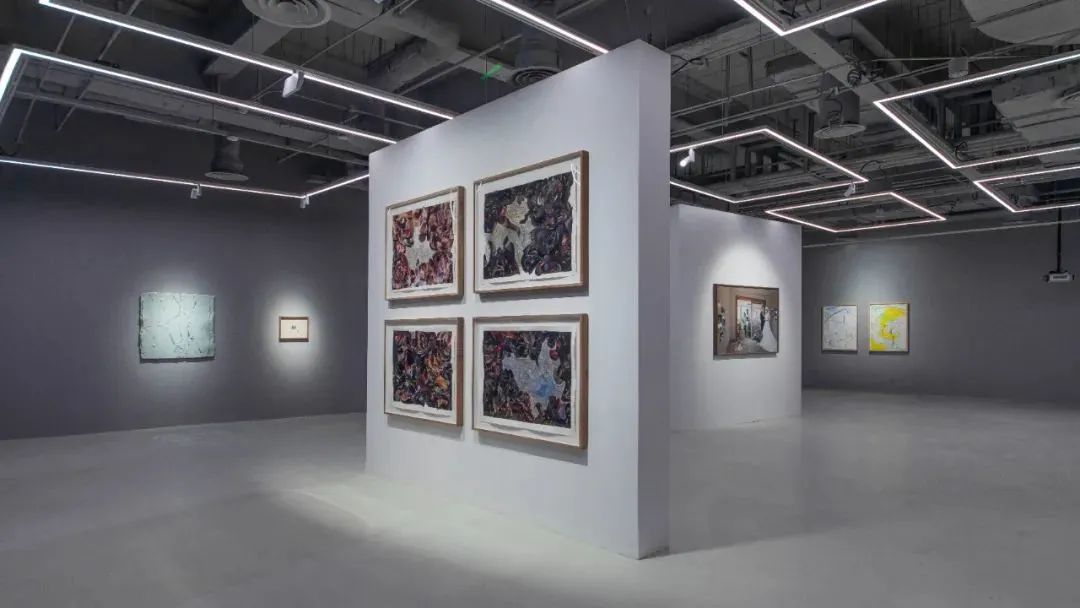 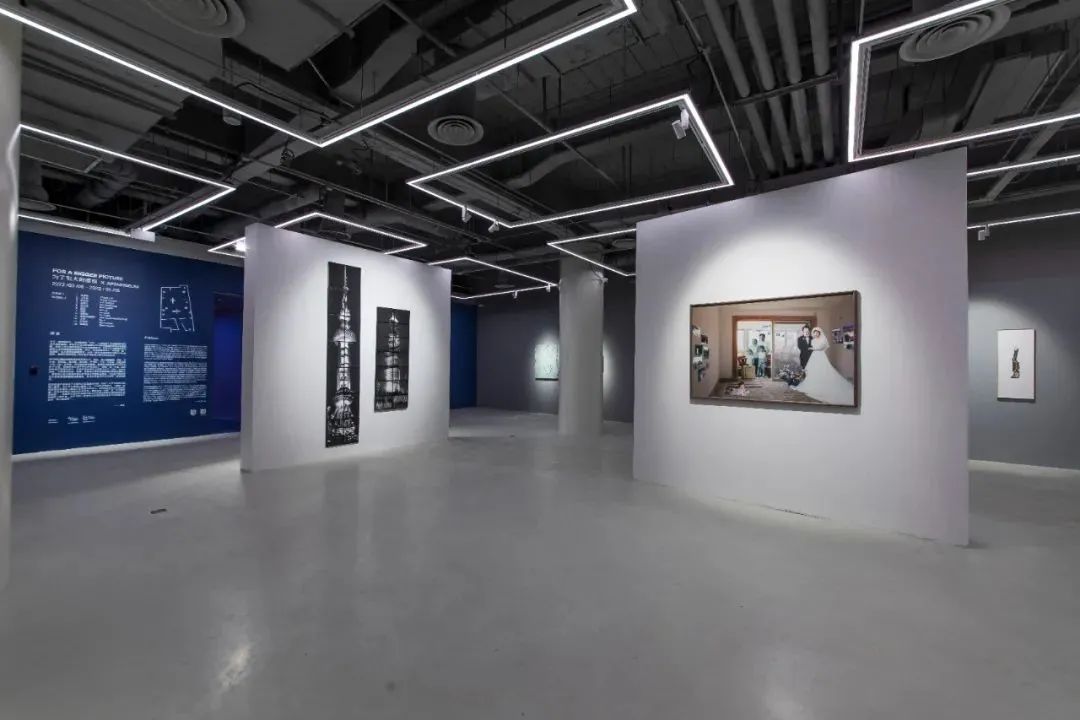 In the Hair series, Zhang cut out the images of hair with varies color and shape, and collage into layers of overlapping“visual whirlpool" (Wu Wei). In the gaps between or around the swirls are scattered lines drawn in pencil, just like another depiction of hair. They not only "break the visual unity of the hair, but also change the density" (Zhang Enli).

Luo Yongjin divides the bright "Oriental Pearl" and "Jinmao Tower" into parts of flowing light and shadow in the night, seemingly dispelling the sense of pressure brought by the huge urban skyscrapers. These pictures also have the visual sense of fragmented refraction of the prism, showing its complexity and elusiveness of the mordern city and it spatial structure. It seems that we can only perceive partially, and would never be able to collage them into a perfect complete picture.

CAI Dongdong's "Night" is an old four-fold screen in emerald green. Original picture of the screen is missing, the artist collects nearly 1000 pieces of 1-inch old photograph，connecting and weaving to fill the screen with a new picture. A dress hangs from a screen, and a vanity mirror embedded with a camera lens sits on a nearby washbasin stand. In this way, the everyday corners and objects of a family life become a container for past moments, and the invisible time flows on the concrete objects

Renovation is selected from Ren Lingfei's ongoing seris"From That Day". The artist has collaged family photos from different periods into a photo of an empty room to "renovate" the long-empty home where she and her mother shared memories of life. In the picture, family members gather together again in this stagnant time and space, expressing a young artist living alone abroad's inner attachment to family and affection. Although renovation is suspended due to various factors, the state of the room in the work and the house as a whole is also suspended in the present moment.

Today’s issues with photography have officially given way to issues with the image. Weekend is a series of old phtograph collage. The photographs themselves are often disaggregated images of a continuous motion, which the artist "connects "in a specific arrangement that seems to reconstruct the process of that motion. As a kind of photographic montage, his collage is not only the description of different sides of an object, but also the juxtaposition of different times, just like the simultaneous representation of a dynamic image composed of linear time in a plane. People and their clothing in the photo is often distinctive and representative of the time.

Since 2016，Liu Ding started this series of paintings, collaging fragments from poetry, written words, news messages, media images, daily images and his own painting traces together. In each of such concoctions, he blends news pictures, photographs he’s taken on his phone or from the Internet, texts taken from literary works, and graffiti he draws with computer software into one. In image processing, Liu uses a series of destructive brushstrokes and overlays images on top of each other to "mask" news images from the scene. He then uses crayons, oil pastels, acrylic to paint, smear and cover over such printed images, to generate raised surfaces and a relief-like appearance. Messengers at Crossroads reveal his ambition to create a new visual language to narrate our complex social reality.

Ni Youyu's Freewheeling Trip series is photographic collage composed of thousands of old landscape photos of different periods that the artist collected from flee markets all over the world, and combined with traditional chinese landscape vibe with western collage photography. Through long-term comparison and observation, these photos were cropped and re-assembled, creating an evocative panorama of mountains and rivers. At a time when computer retouching technology seems to have no trace, he used only a knife and a ruler to perfectly integrate the landscapes of different periods and countries into new landscapes in a "simple and crude" way.

The piece by Ling yun and Yang Fudong is a tiny piece of birch bark superimposed on watercolor paper. The ink on the paper makes an interesting contrast to the texture of the bark surface and their respective tones，and the people depicted on bark has a sense of western religious painting. Worship the Star and Moon is Song Dynasty's epigraph name, evolved from Tang Dynasty jiao Fang song, meaning a legend that ancient women worship the moon to send thoughts. When introducing the work, the arrtists says,"the pandemic slows down the time, so we have time to focus on reading and drawing. The name of the work popped up in mind as soon as the work is done.". Epigraph name is so quiet and pure that it permeates the state of artist's creation, and help enhance the exquisite performance of the work. Trying to keep personal independence and calm in the noisy world is what the artist persue in current social and historic context. Therefore, this work can be seen as a personal flow and accumulation of time and emotions.

Forager NO.1 was sketch made for YU JI's solo exhibtion Forager. After the exhibition, Yu re-made the original manuscript with added collages. The collage content comes from the finished parts of the sculpture. In another words, Forager is composed of two parts：sketch drawn before the work is done and micro spray of the photography of the finished work. The combination of finished and unfinished work on one picture become an imagination of another unfinished work.

Yun Xiuzhen's ceramic and textile work Wall Instrument is one of four chapters in her "Spirit Ware" series. Jingdezhen's typical shadow-blue porcelain plate is covered with cracks embedded with scraps of cloth. The collage of these "ready-made object" presents both rupture and suture, creating a powerful tension between two very different material textures. The artist calls the wall objects "places for the soul," she said. "They are all torn from clothes worn by different people, and they have a universal human spirit and temperature." Just like a variety of plants growing out of a ruin, these jagged whiskers are full of life everywhere.

The new video, "Garden of Earthy Delights" was edited from the 2016 string puppet work "Paradise on Earth," which was filmed in collaboration with zhejiang Folk String Puppet Troupe. The puppet performances switch back and forth between the landscape of southern Zhejiang and old industries. The shape of the puppet is derived from the folk myth of "Eight immortals crossing the sea" and the custom of Shehuo. It transforms the gods with worldly gifts into "conscious pets" of free will to create a surreal paradise on earth. The work discusses the ritual of equality between geographical humanity and custom, the balance between geological landscape and human intervention. 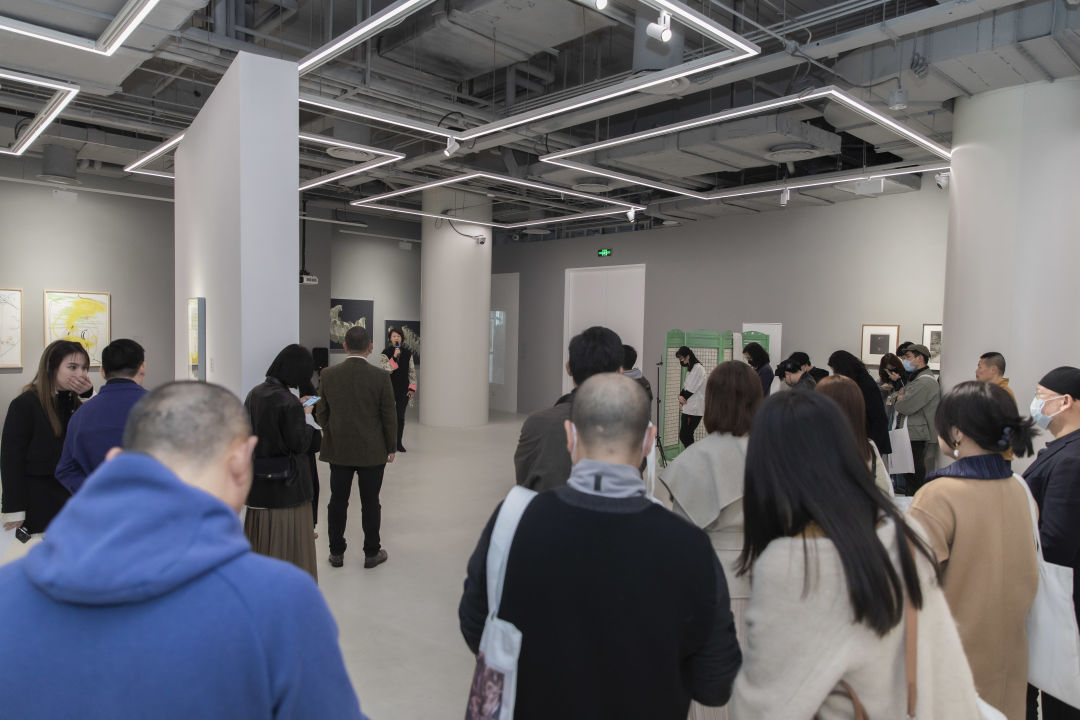 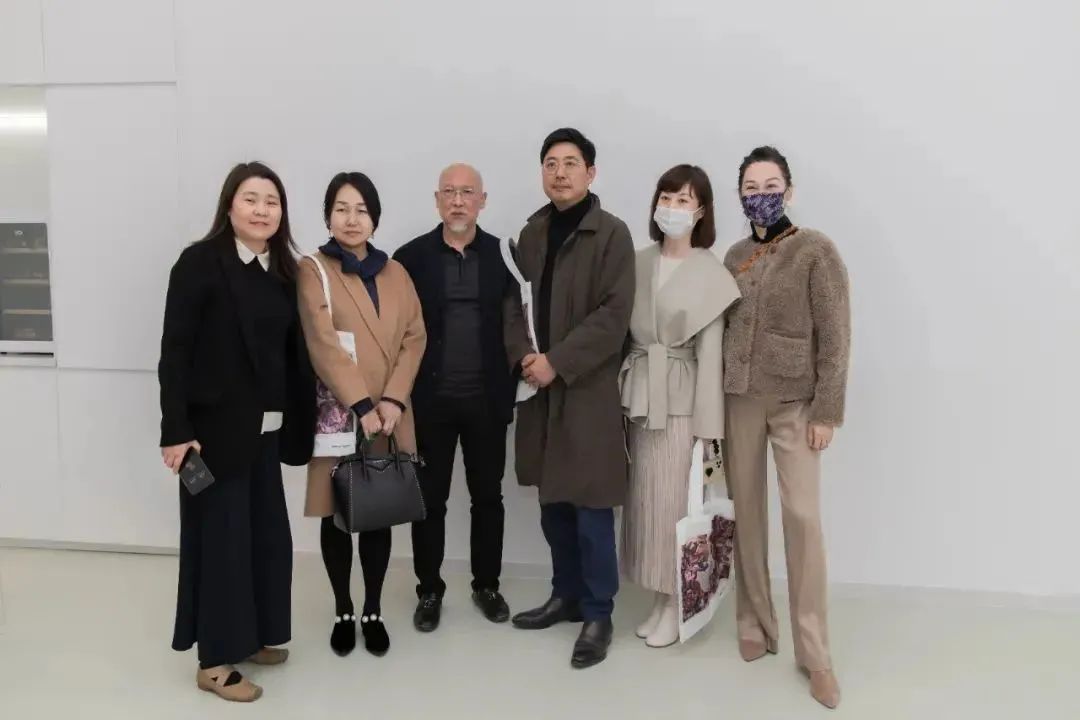 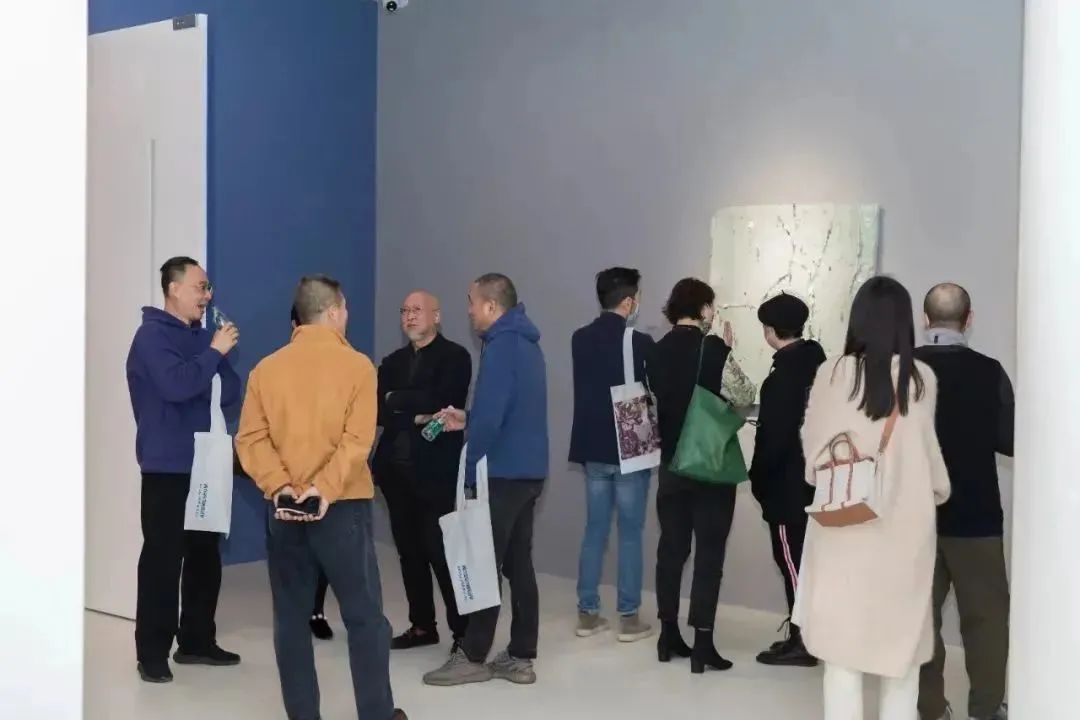 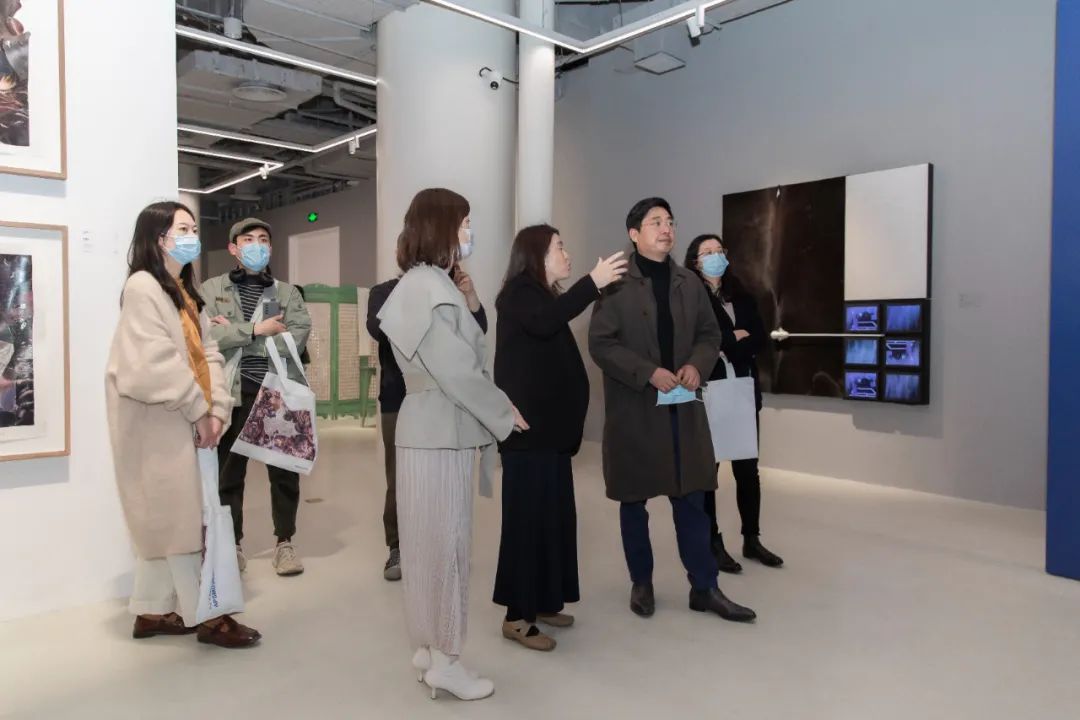 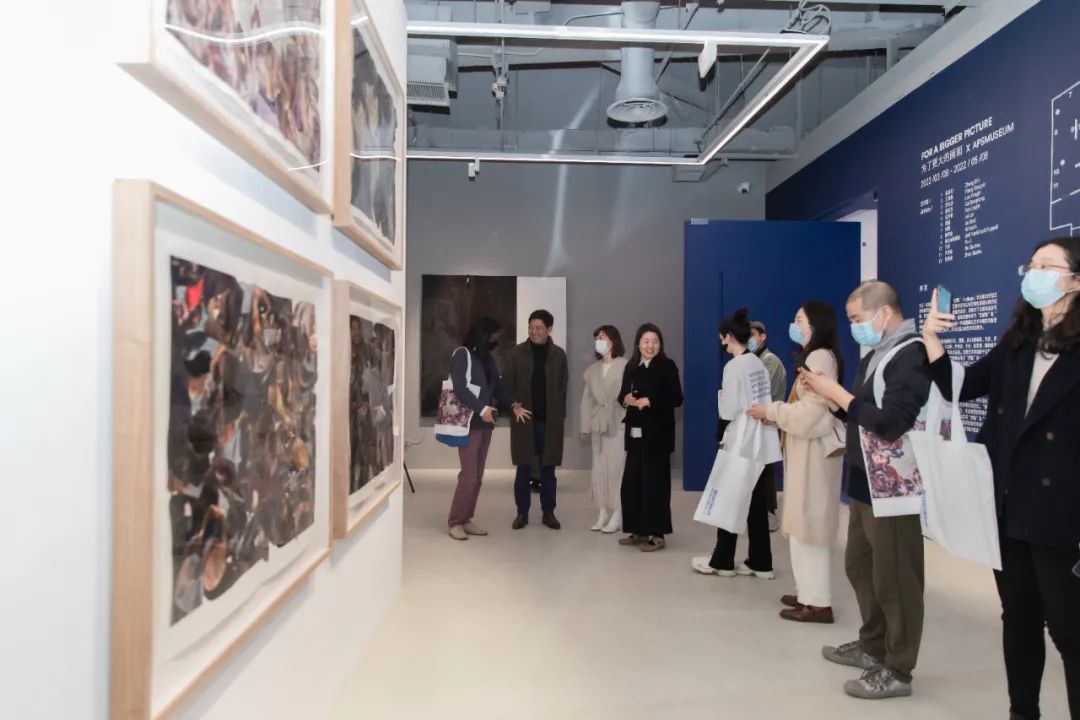 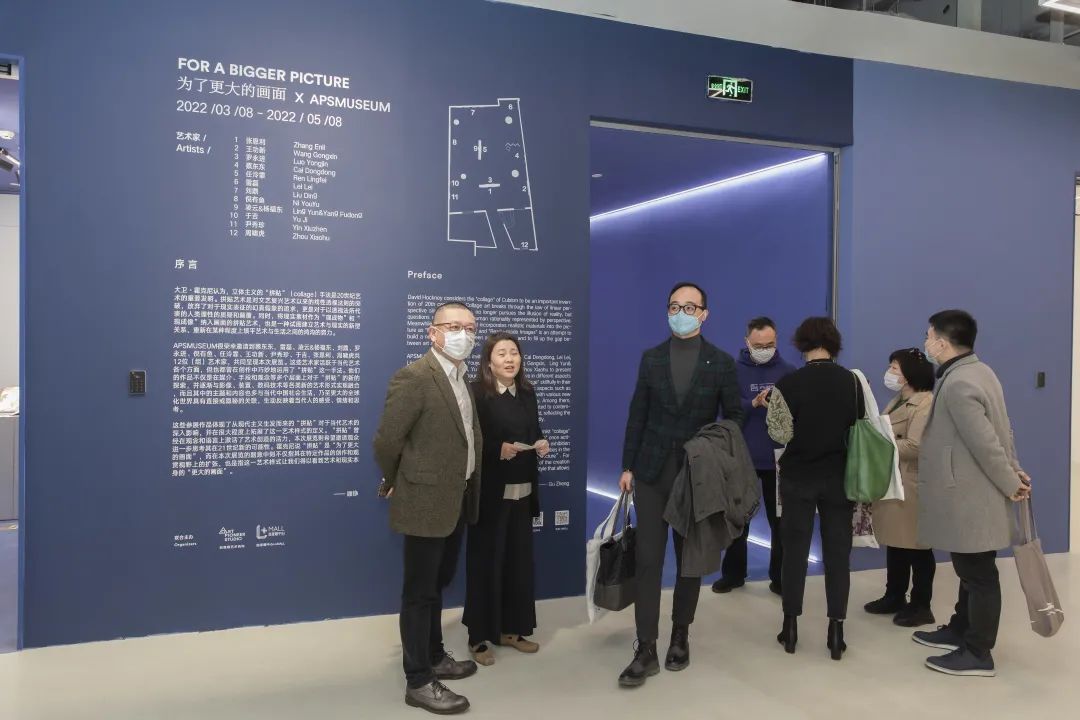 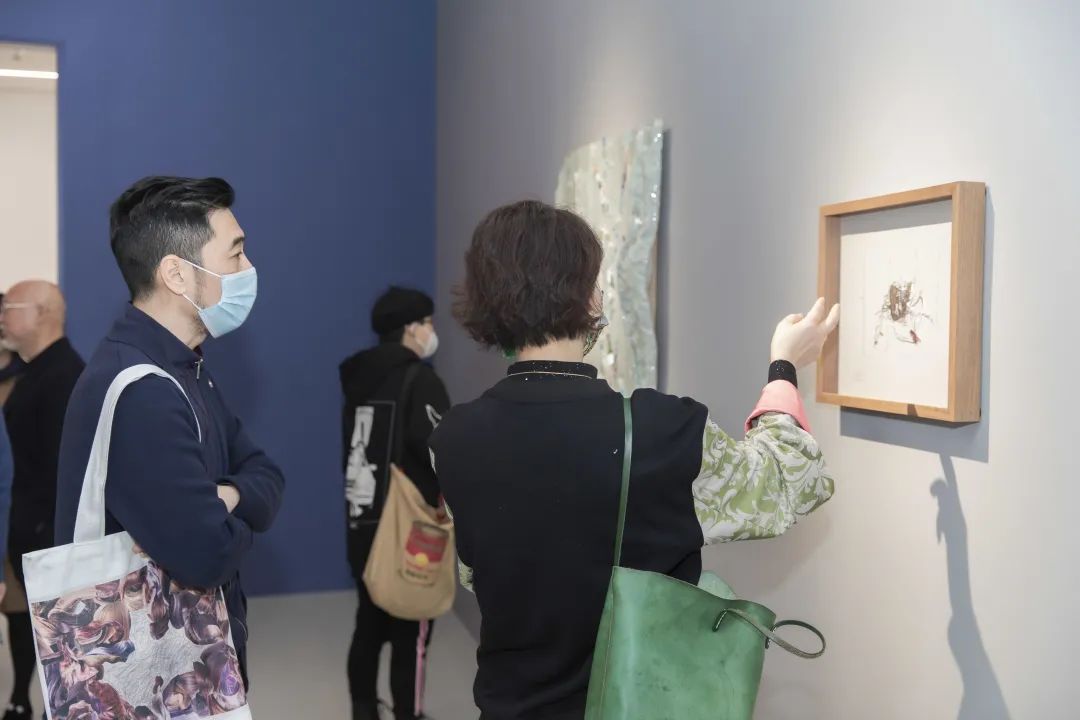 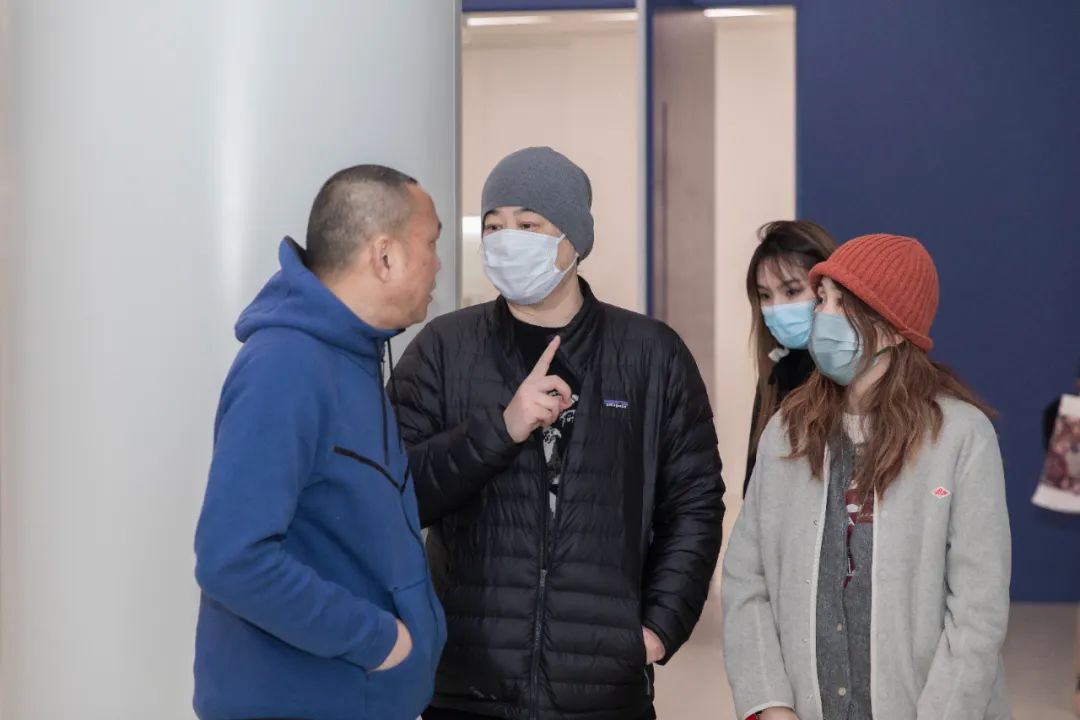 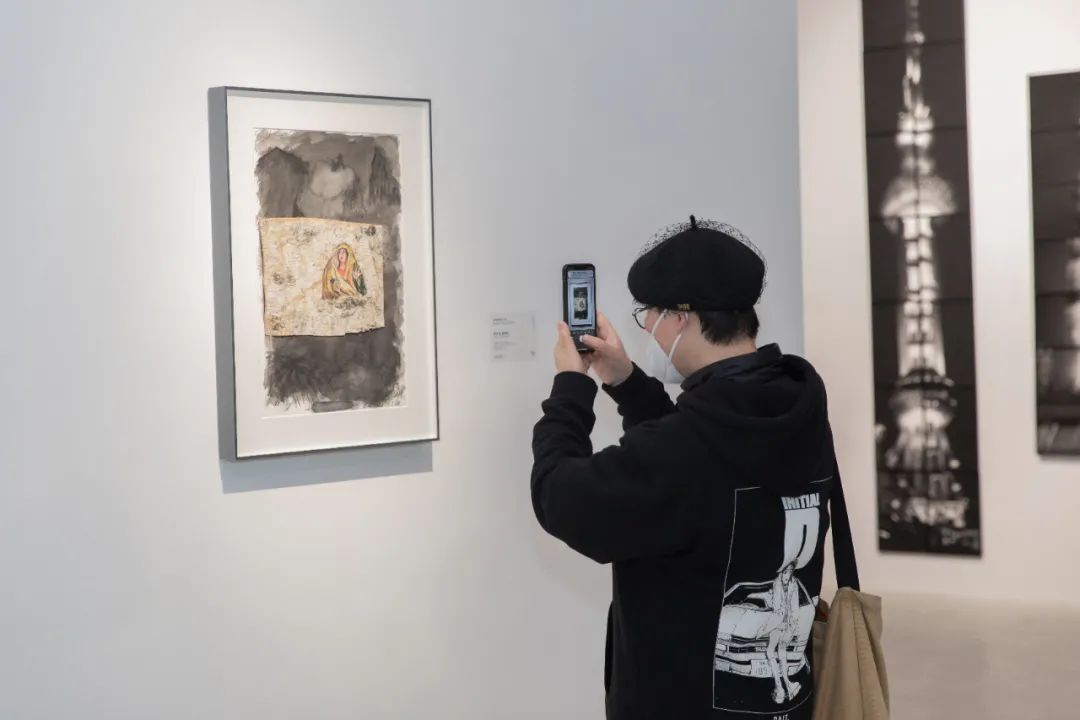 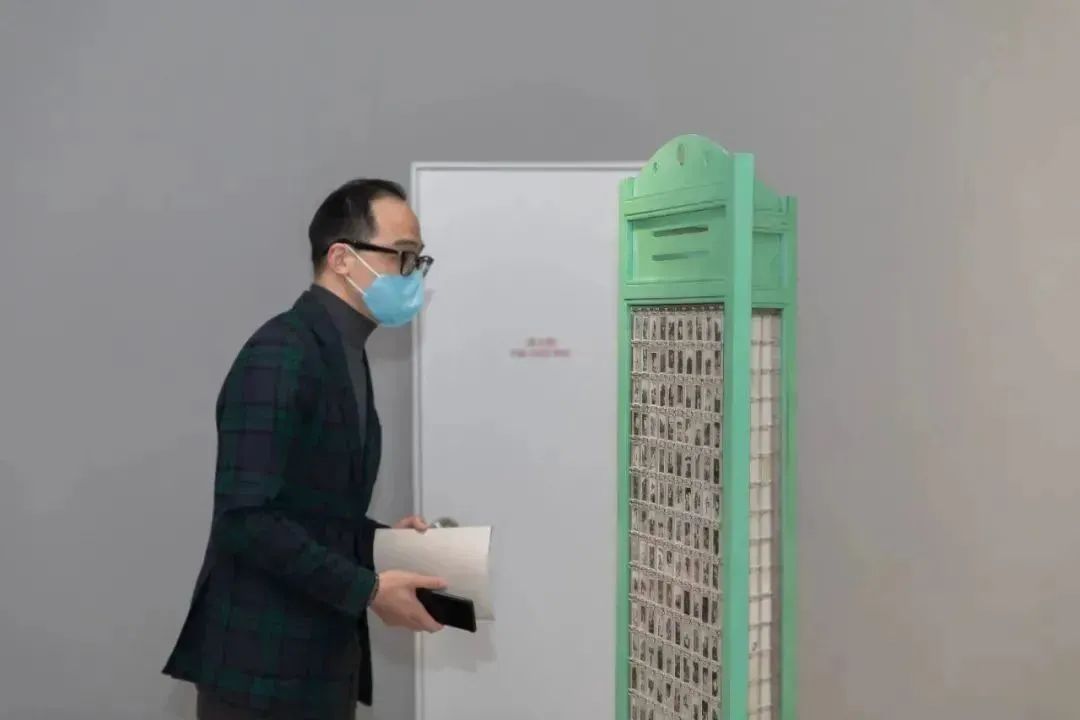 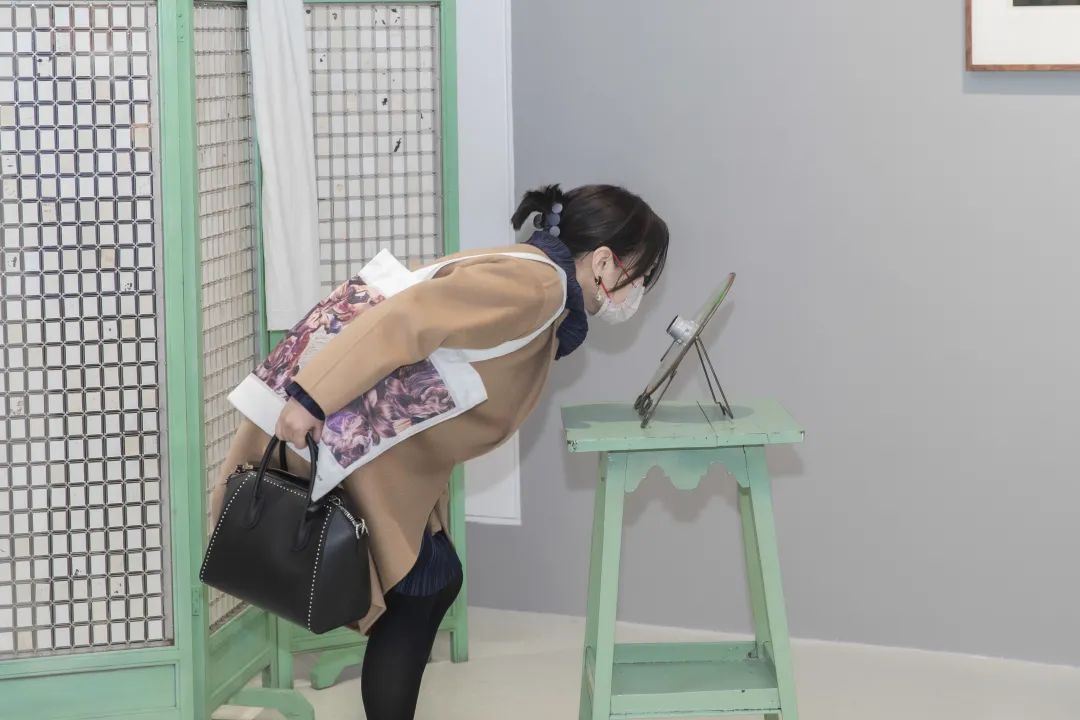 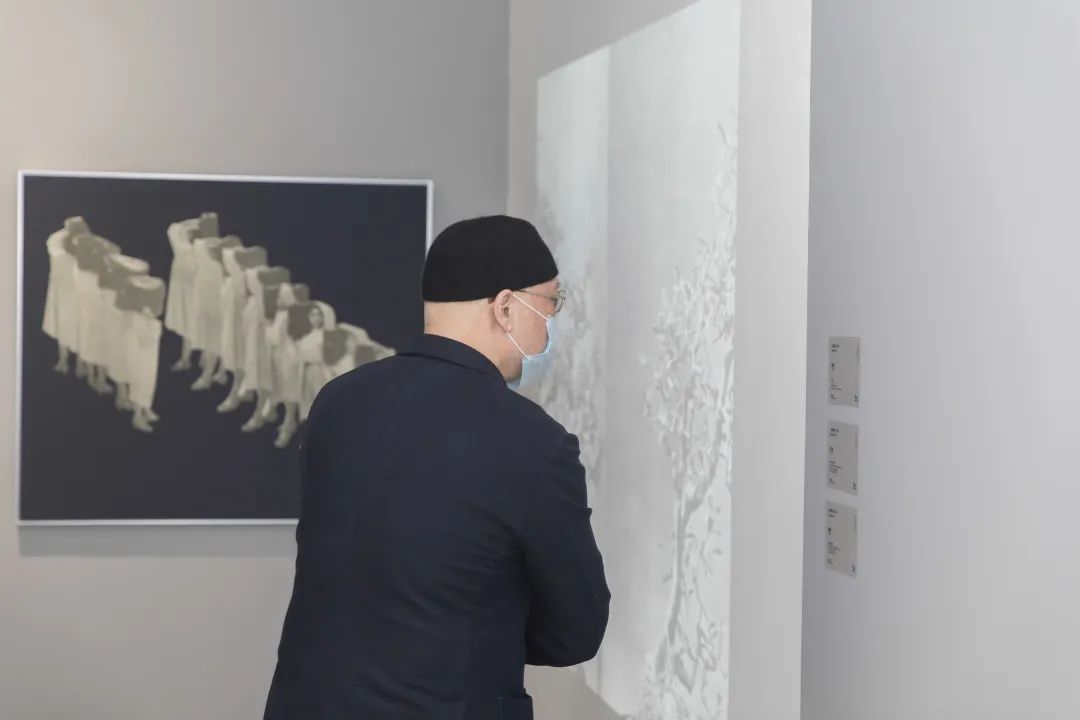 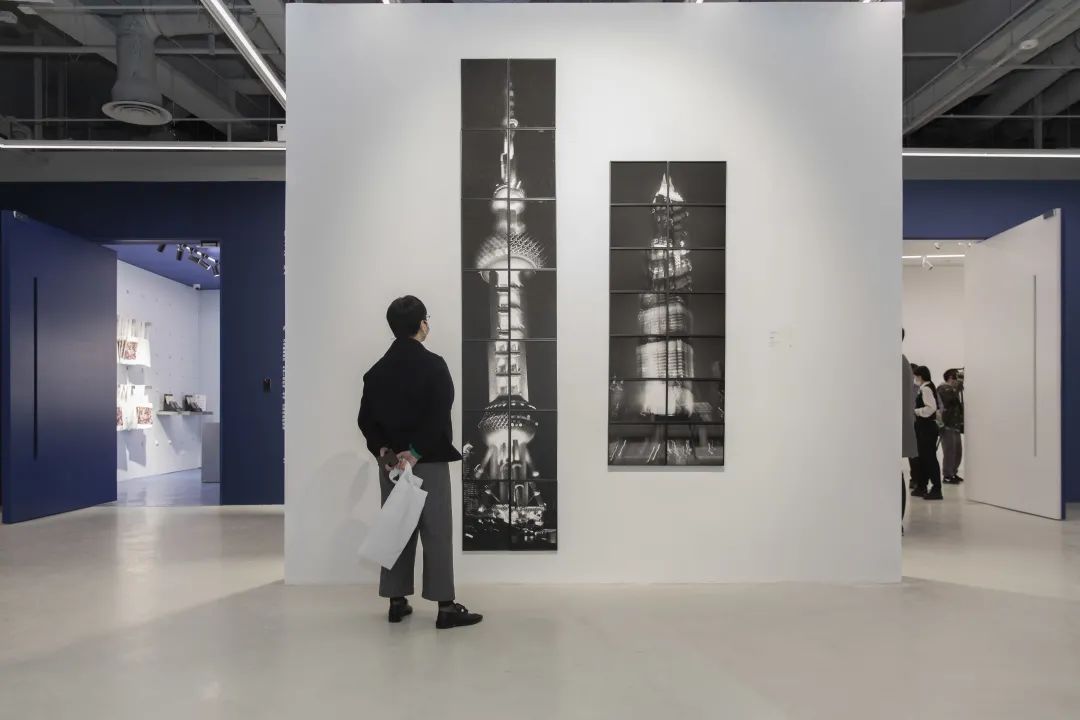 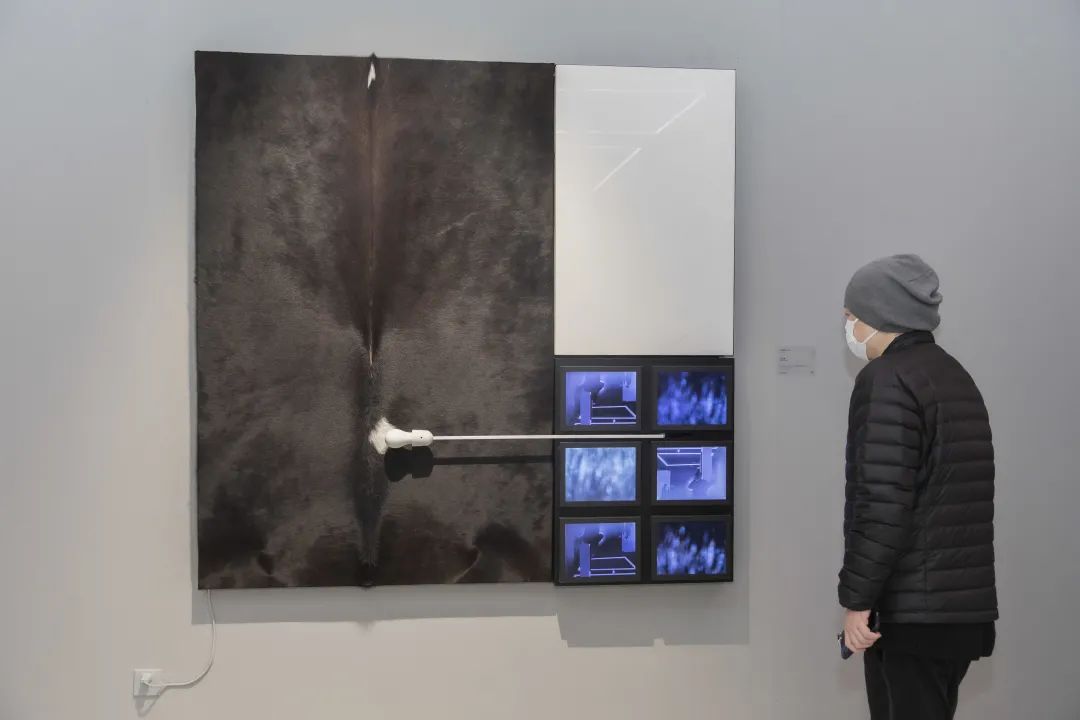