APSMUSEUM is pleased to announce that the spring exhibition “For A Bigger Picture” will be held at our space on March 8，2022. The exhibition is organized by Art Pioneer Studio and L+MALL at Lujiazui Center, and invites multiple artists of their fields to participate. For this exhibition we invited Gu Zheng as the academic director, Shi Hantao as curator, and 12 groups of widely known artists including Cai Dongdong, Lei Lei, Ling Yun &Yang Fudong, Liu Ding, Luo Yongjin, Ni Youyu, Ren Lengfei, Wang Gongxin, Yin Xiuzhen, Yu Ji, Zhang Enli, and Zhou Xiaohu to participated.(Artists' names are sorted by Chinese initials, regardless of order.) Through this exhibition, APSMUSEUM hopes to invite the audience to think about the new possibilities of "collage" art and see the "bigger picture" of art and reality itself.

David Hockney considers the "collage" of Cubism to be an important invention of 20th century art. Collage art breaks through the law of linear perspective since Renaissance, no longer pursues the illusion of reality, but questions and subverts the human rationality represented by perspective. Meanwhile, the collage art that incorporates realistic materials into the picture as "Ready-made Objects" and "Ready-made Images" is an attempt to build a new relationship between art and reality, and to fill up the gap between art and life in some ways.

APSMUSEUM is honored to invite 12 groups artists, Cai Dongdong, Lei Lei, Liu Ding, Luo Yongjin, Ni Youyu, Ren Lingfei, Wang Gongxin, Ling Yun& Yang Fudong, Yin Xiuzhen, Yu Ji, Zhang Enli, and Zhou Xiaohu to present this exhibition together. Although these artists are active in different aspects of contemporary art, they have used the element of "collage" skillfully in their creations. Their works not only explore "collage" in various aspects such as media, methods and concepts, but also gradually integrate with various new art forms such as video, installation, and digital technology. Among them, the themes and contents are mostly directly or secretly related to contemporary Chinese social life and even the larger globalized world, reflecting the feelings, emotions and thinking of contemporary people vividly.

These exhibited works reflect the profound influence of modernist "collage" on contemporary art, and greatly expand its definition. "Collage" once activated the vitality of artistic creation in concept and language. This exhibition hopes to invite the audience to think further about its new possibilities in the 21st century. David Hockney said that "collage" is "A Bigger Picture”. For the title of this exhibition, it not only refers to the expansion of the creation and viewing for specific works, but also refers to this artistic style that allows us to see "bigger picture" of art and reality.

Gu Zheng obtained his doctoral degree at Osaka Prefecture University, Japan, in 1998. He is now a professor in the Journalism School at Fudan University in Shanghai, as well as the Deputy Director of the Research Center for Visual Culture at the same university. A visiting scholar at the Harvard-Yenching Institute in 2017-2018, he now lives and works in Shanghai. He is a photography and art critic as well as an established photographer. His scholarly research fields include the history of Chinese photography, and the history of twentieth-century avant-garde art. He is an editorial committee member of Chinese Photography (Beijing), a contributing editor for Aperture (New York), and sits on the editorial board of European Photography (Berlin). He also served as the art director of Jimei x Arles International Photo Festival 2020, 2021, and has been a jury member for many photo competitions both in China and abroad, including the 2013 World Press Photo in Amsterdam. He was the winner of The First Shafei Photography Award in 2007.

Curator and writer. He was the Chief Coordinator of the 12th Shanghai Biennale, and used to work at EPSON Image Space, Rockbund Art Museum, Chronus Art Center, Ray Art Center and Shanghai Project. He has curated and organized exhibitions and public programs in various art organizations during last two decades. His writing and translation work covers the fields of photography, contemporary art and institutional studies. 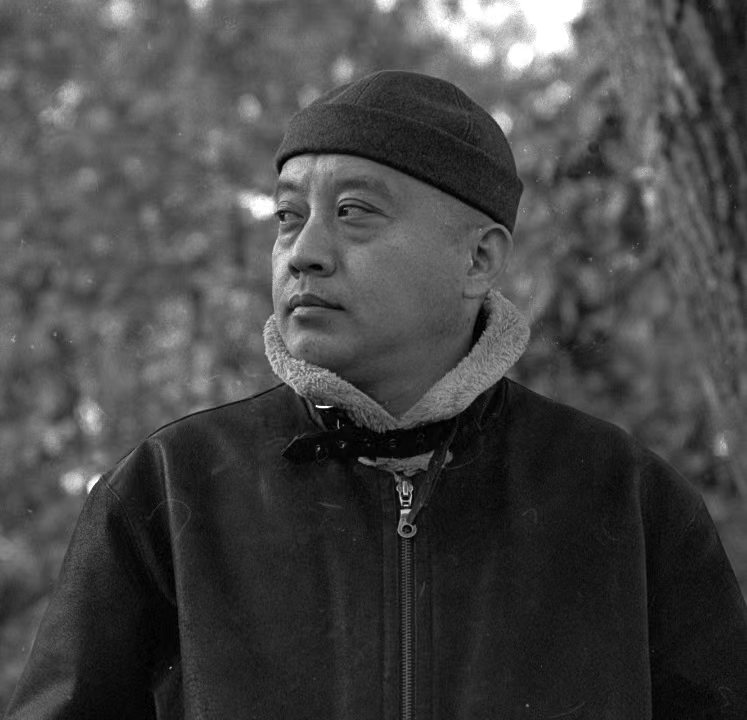 Lei Lei, 1985 born in Nanchang, Jiangxi Province. In 2009 He got a master's degree in animation from Tsinghua University. He was the winner of 2014 Asian cultural council grant. In 2017 he works in CalArts Experimental Animation program as Faculty member. In 2018 he invited for New Academy Member for the Short Films and Feature Animation branch. In 2019 his first feature film Breathless Animals has been selected by Berlinale Forum.

A freelance writer, scriptwriter, and animator. She used to be an editor of fashion magazine, author of experimental novels collection "Fugue of February". Currently she working and living in Shanghai.

Yang Fudong was born in Beijing in 1971, and now lives and works in Shanghai. He graduated from the Department of Oil Painting, China Academy of Art in Hangzhou. He is among the most successful and influential Chinese artists today. Yang has started to create video works since late 1990s. His works form a unique cultural visual interpretation through multiple cultural perspectives interlaced with experiences of space and time with photograph, painting, film and installation. They are all characterised by multi-perspectives, exploring the structures and forms of identities in myths, personal memories and life experiences. Each work could be considered as both a dramatic lived experience and a challenge. Yang Fudong has participated in several prestigious international art events including Documenta in Kassel (2002), the Venice Biennale (2003/2007), Shanghai Biennale (2002/2004/2010/2018), the Asia Pacific Triennial of Contemporary Art (2006) and the Lyon Biennale of Contemporary Art (2013) etc.

Liu Ding is a Beijing-based artist and curator. His artistic and curatorial practice focuses on multiple viewpoints and modes of description, exploring a trajectory of discursive thoughts that connect the historical and the contemporary. His work seeks to broaden possibilities for a more manifold understanding of the historical narrative of subjectivity within Chinese art.

A photographer, born in the 1960s, graduated from Luoyang PLA Foreign Language University in 1982, and then studied at the oil painting department of Zhejiang Academy of Fine Arts. In 1991, he received his MA at Guangzhou Academy of Fine Arts. He later taught photography at the Shanghai Institute of Design, China Academy of Fine Arts. Working in Beijing, Shanghai, Luoyang, Guangdong and other places. Luo Yongjin has always photographed architecture as his main subject. His unforgettable works, whether single or stitched, document the rapid changes in China. For more than ten years, he has established his position in contemporary art mainly by expressing different types of architecture, such as "New Residence", "New Yamen", "Gas Station", "City View" and other series. These works constructed a reliable visual connection between reality and images. His observation itself... The interpretation and writing of these images thus serve as examples of cultural reflection on this era.

Ni Youyu was born in 1984, and currently lives and works in Shanghai and Berlin. He graduated in 2007 from the Shanghai Academy of Fine Arts, majored in Chinese traditional painting. He was awarded the Contemporary Chinese Art Award (CCAA) as “BestYoung Artist” in 2014.

Wang Gongxin (1960 Beijing, China) lives and works in Beijing and New York. Wang was admitted to the Capital Normal University Academy of Fine Arts in 1978, and taught there upon graduation in 1982. In 1987, he went to State University of New York (SUNY) as a visiting scholar to study a master’s degree. In 2013, Wang nominated for the Olivier Award’s XL Video Award for Best Set Design. In 2014, he was awarded an Honorary Doctoral degree at SUNY.

Yin Xiuzhen was born in Beijing in 1963. She graduated from the Fine Arts Department of Capital Normal University in 1989 and now lives and works in Beijing. Yin Xiuzhen started her contemporary art practice in early 1990s. Her works are experimental and diverse. She takes the experiences, memories and impressions of different people and the imprints of cultures and the times as her key creative elements and uses materials that feature introspection and experimentation that showcase a broad expression of creative and artistic forms. Her work involves installation, performance, porcelain, photograph, video, painting, sculpture and many others. Yin has become a female artist with broad international influence and has participated in many important international art exhibitions including the Venice Biennale and its Chinese Pavilion; the Sao Paulo Biennale; the Biennale of Sydney; the Shanghai Biennale; the Gwangju Biennale, the Yokohama Triennale, the Moscow Biennale of Contemporary Art, among others. She has also held solo exhibitions in the Museum of Modern Art (MoMA) in New York, the Groninger Museum in the Netherlands, and the Museum Kunstpalast, Düsseldorf, in Germany. Her works have been collected by Tate Modern, Centre Pompidou, Groninger Museum, Mori Art Museum, Museum Kunstpalast, Düsseldorf, Art Gallery of New South Wales, M+ and Ullens Center for Contemporary Art, among other foundations and institutions.

Zhou Xiaohu (b. 1960, Changzhou) is a pioneer of video animation in China . Zhou began using computers as an artistic tool in 1998. As one of China’s most well-known most prolific contemporary artists, he specializes in inducing confusion and bafflement, making viewers question the evidence of their senses and their assumptions about the so-called ‘facts’. He has since experimented with stop-frame video animation, video installation and computer-gaming software, whereby the interlayering of images between moving pictures and real objects has become his signature style. Working across performance, photography, installation, sculpture, video, and animation, Zhou’s practice reflects the documentation of history in a digital age.